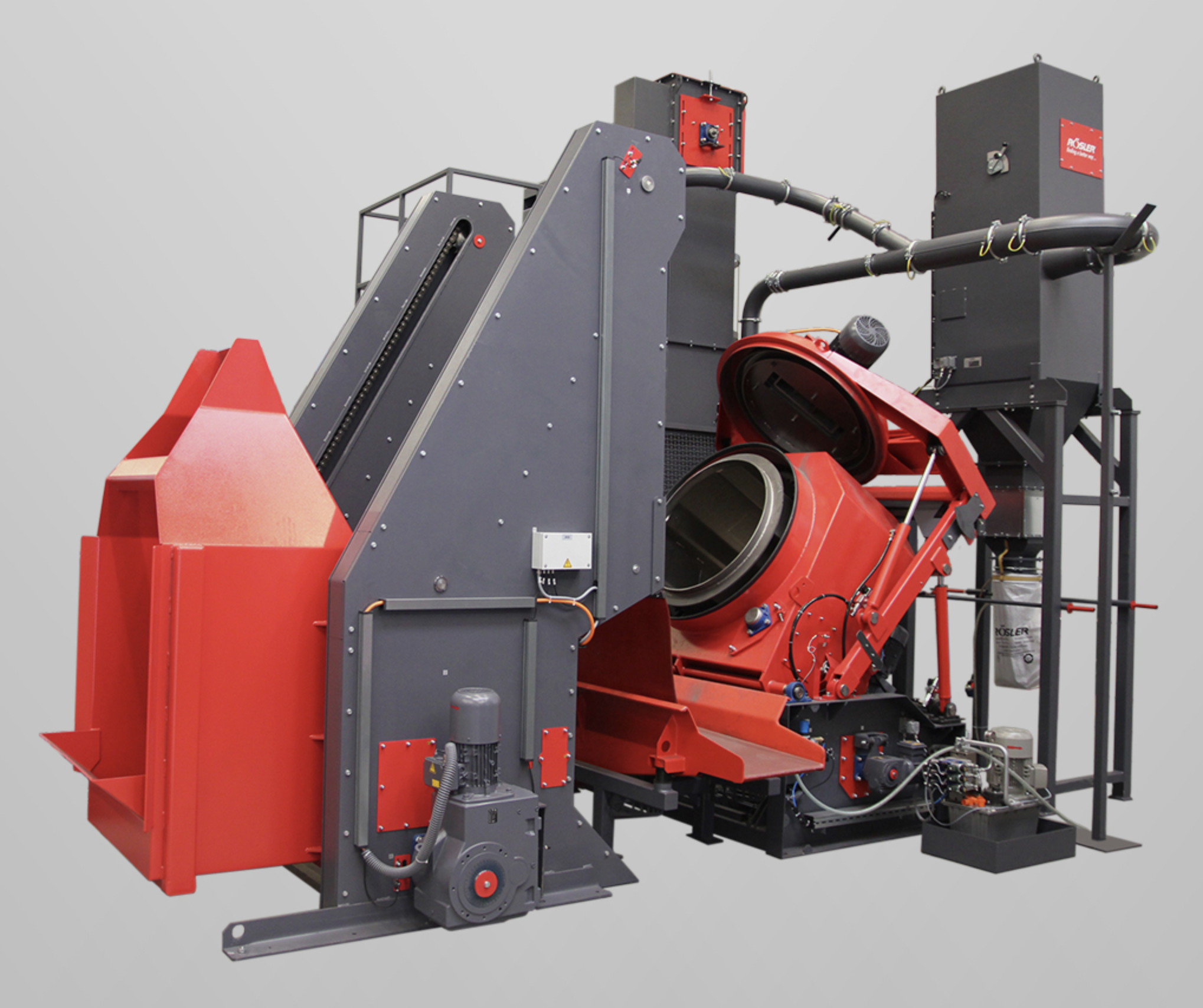 Shot blasting refers to an impact deburring method used to remove burrs and sharp edges from metal parts in industrial processes. It can be found in virtually all sectors and applications using metals, from aeronautics to electronics, automotive and construction. This process involves throwing abrasive particles (shot) at high speed which, on impact with the treated part, succeed in removing impurities from the surface and, in the case of Gurelan, unwanted surface parts, such as the burrs produced by the closure of the moulds when injecting Zamak or Magnesium to cast a part.

The shot blasting operation is usually characterised by the use of microspheres or angular steel shot. Other elements such as glass, ceramic particles, aluminium oxide, sand, stainless steel shots, and even abrasives from vegetable or plastic sources can also be used.

In contrast to other shot blasting machines, the central feature of the Rösler MT machine recently purchased by Gurelan is the geometry of the rotating barrel. The main challenge when blasting large batches of parts is to achieve the highest quality and homogeneous blasting results in all units. The inside wall of the barrel features specially contoured ridges, allowing for optimal load distribution during the process.

The key part is located at the bottom of the barrel, shaped in the form of a three-sided pyramid ensuring that the blast stream reaches all surface areas. This unique design creates the innovative “multi-tumbling” action of the different barrel elements: when the drum rotates, the ridges on the internal wall of the barrel tumble and mix the work pieces.

At the same time, the pyramid causes the parts at the bottom of the barrel to move to the top of the mass. This multi-tumbling action ensures an optimal and homogeneous treatment as the cleaning process reaches all surface areas, thus producing consistent blast results. The main benefit of this new machine is its ability to achieve burr-free surfaces in short process times with a highly consistent finish. With this new system, Gurelan is optimising the finishing of parts, thus improving efficiency and production capacity of the complete production of Zamak and Magnesium parts.

The new shot blasting machine is fully automatic: first, a lifting arm gently feeds the load of work pieces into the barrel, while the drum is tilted slightly so that the work pieces occupy the right place inside the barrel. The cover is then closed to complete the rotary cleaning process. Finally, the barrel is reopened and moves back to a horizontal position, allowing the parts to leave the machine smoothly and with the desired degree of finish.

Where does shot blasting come from?

According to academics and researchers, the idea of shot blasting came from a grain of sand, of course. It is said that everything began in the mid-19th century, when the American soldier and inventor Benjamin Chew Tilghman (Philadelphia, 1821-1901) noticed the marks left by sand after hitting the glass of his window during a heavy windstorm. Although the cleaning and abrasive power of sand was known from ancient times, the process evolved and by 1862 sand blasting began to solve problems related to the adhesion of protective coatings and the cleaning of incrustations during the Civil War, when the first industrial applications of shot blasting were used to remove paint, rust and contaminating materials.

Later in the 20th century, Louis D. Peik took Tilghman´s invention to an industrial production level when he created the turbine shot blasting machine in 1933, successfully developing the first machine combining a turbine, a barrel and an abrasive element. Shot blasting as we know it today was born. A year later, in 1934, Gurelan began to produce its first components, starting an industrial adventure that is still going strong today, almost a century later, more innovative than ever.