At Gurelan we continue to review some of the materials we use to create die-cast parts for all types of industries. After Zamak and Magnesium pieces, now it is Lead´s turn: a metal we´ve known for millennia and which allows us to manufacture parts with unique properties. 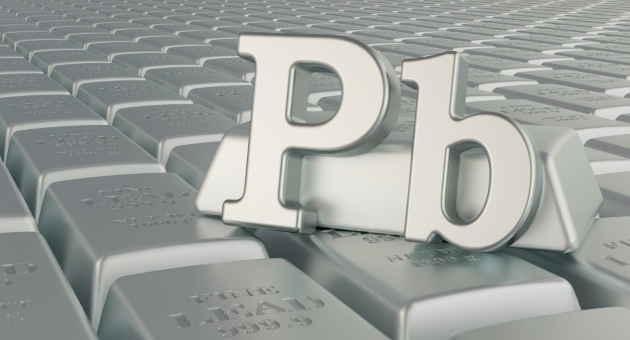 First of all, where does Lead come from? Lead is considered the fourth most used non-ferrous metal in the world, and has been part of our civilization for thousands of years. This metal is obtained from the ore galena, and it is an extensive resource highly malleable: Lead is very easy to melt.

Lead applications have varied throughout history. At first it was used as writing support, a widespread purpose in pre-Roman and Roman times. Due to its easy handling and high resistance to corrosion, it was the material used to cover pipes, tanks and bathtubs in the pioneering sewer system of the ancient imperial capital.

Later, in the Middle Ages, Lead was essential to cover the wooden frame that supported the arrow in the medieval cathedrals, the ceilings of these monuments, as well as the frames of the sophisticated stained glass windows that we can still admire today.

Gurelan has grown up together with Lead: this metal is obtained from a mineral called galena. It is a heavy metal identified as Pb in the periodic table, silvery with bluish tones, and when tarnished it acquires a matte finish. 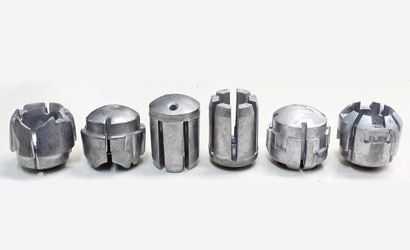 In its natural state Lead is solid, flexible and melts at low temperature: only 327 oC, which makes it ideal for the manufacture of pressure injection parts. An essential characteristic of Lead is its toxicity: Lead is no longer used in pipes, water piping or applications involving a risk for people.

However, its extreme malleability overcomes this disadvantage, as Lead is very easy to shape, cast, laminate and weld, as well as being highly resistant to corrosion.

The key aspect of Lead die cast parts such as those produced by Gurelan is that they can be made from recycled material. That´s right: this metal can be reused indefinitely, and can be melted and refined in each recycling cycle. The final product, called secondary Lead, is exactly identical and has the same properties as Lead obtained directly from ore.

The use of Lead has significant advantages for both industry and society in terms of energy savings, carbon emissions, cost control and responsible consumption of our resources:

- Recycling used Lead parts requires only a third of the energy needed to produce them from the mineral. In this way, we can save large amounts of energy and reduce carbon emissions.

- Recycled Lead can be used to die cast parts by injection. Companies like Gurelan contribute in reducing the demand of raw material, allowing its conservation for future generations.

- A used Lead die casted part can generate value and jobs through recycling, thus increasing the social impact of this material.

What do we use Lead for?

As with tin alloys, Lead-based materials tend to be used for their resistance to corrosion, or in applications that require supporting an enormous pressure per cm2, such as fire safety equipment, bearings, decorative products, automotive, the nuclear industry...

Find out what we can do with Lead. At Gurelan we can use this amazing metal for whatever you need: we are specialists in manufacturing die cast Lead parts, in our own moulds, for all kinds of sectors.